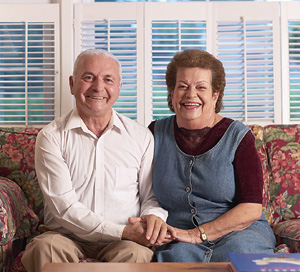 LASIK is a surgical procedure intended to reduce a person’s dependency on glasses or contact lenses. LASIK stands for Laser-Assisted In Situ Keratomileusis and is a procedure that permanently changes the shape of the cornea, the clear covering of the front of the eye, using an excimer laser. A knife, called a microkeratome, is used to cut a flap in the cornea. A hinge is left at one end of this flap. The flap is folded back revealing the stroma, the middlesection of the cornea. Pulses from a computer-controlled laser vaporize a portion of the stroma and the flap is replaced.

The Eye And Vision Errors

The cornea is a part of the eye that helps focus light to create an image on the retina. It works in much the same way that the lens of a camera focuses light to create an image on film. The bending and focusing of light is also known as refraction. Usually the shape of the cornea and the eye are not perfect and the image on the retina is out-of-focus (blurred) or distorted. These imperfections in the focusing power of the eye are called refractive errors. There are three primary types of refractive errors: myopia, hyperopia and astigmatism. Persons with myopia, or nearsightedness, have more difficulty seeing distant objects as clearly as near objects. Persons with hyperopia, or farsightedness, have more difficulty seeing near objects as clearly as distant objects. Astigmatism is a distortion of the image on the retina caused by irregularities in the cornea or lens of the eye. Combinations of myopia and astigmatism or hyperopia and astigmatism are common. Glasses or contact lenses are designed to compensate for the eye’s imperfections. Surgical procedures aimed at improving the focusing power of the eye are called refractive surgery. In LASIK surgery, precise and controlled removal of corneal tissue by a special laser reshapes the cornea changing its focusing power.

Other Types Of Refractive Surgery

Radial Keratotomy or RK and Photorefractive Keratectomy or PRK are other refractive surgeries used to reshape the cornea. In RK, a very sharp knife is used to cut slits in the cornea changing its shape. PRK was the first surgical procedure developed to reshape the cornea, by sculpting, using a laser. Later, LASIK was developed. The same type of laser is used for LASIK and PRK. Often the exact same laser is used for the two types of surgery. The major difference between the two surgeries is the way that the stroma, the middle layer of the cornea, is exposed before it is vaporized with the laser. In PRK, the top layer of the cornea, called the epithelium, is scraped away to expose the stromal layer underneath. In LASIK, a flap is cut in the stromal layer and the flap is folded back.

Another type of refractive surgery is thermokeratoplasty in which heat is used to reshape the cornea. The source of the heat can be a laser, but it is a different kind of laser than is used for LASIK and PRK. Other refractive devices include corneal ring segments that are inserted into the stroma and special contact lenses that temporarily reshape the cornea (orthokeratology).

What The FDA Regulates

In the United States, the Food and Drug Administration (FDA) regulates the sale of medical devices such as the lasers used for LASIK. Before a medical device can be legally sold in the U.S., the person or company that wants to sell the device must seek approval from the FDA. To gain approval, they must present evidence that the device is reasonably safe and effective for a particular use, the “indication.” Once the FDA has approved a medical device, a doctor may decide to use that device for other indications if the doctor feels it is in the best interest of a patient. The use of an approved device for other than its FDA-approved indication is called “off-label use.” The FDA does not regulate the practice of medicine.

The FDA does not have the authority to:

Tagged On This Site